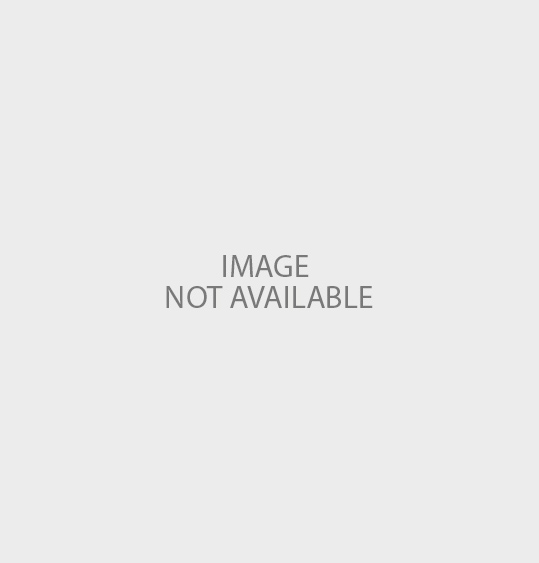 Maati started as a small group of women who came together in the mid 1990s to protest against rampant alcoholism. In 1994, within one month there were two cases in which husbands in their drunkenness had burnt their wives to death, but there was a conspiracy of silence around these shocking incidents with nobody willing to speak up. Malika, Basanti and a few others got together, held meetings in several villages and mobilised women, writing post cards to people’s representatives in villages all around. 1000 women came forward for a meeting in Munsiyari where they put forth a memorandum to the SDM asking for the sale of alcohol to be stopped. This protest became a seed from which the sangathan grew into a space for women to meet, talk, express themselves, and share their joys and sorrows.

Over the years, Maati has continued its work in opposing alcoholism (Anti Liquor Protest 2011) and in crisis intervention. People from around 50 surrounding villages know of them and victims of rape, harassment and domestic violence come to them regularly for help and support. The sangathan has also been involved in rallies and agitations demanding qualified staff and proper infrastructure in the local schools, college and hospital.

Recognising that women cannot step out of their homes and participate in the collective process unless there are efforts to provide livelihood support, Maati has been finding various means by which women can earn. This includes offering marketing support for woollen products like carpets, rugs, blankets, sweaters, etc. which the women have been weaving/knitting traditionally. In 2010, the Maati Workshop was started to take the production and sale to a slightly larger, yet manageable scale. Maati organises a fortnightly Mahila Haat where women can come and sell their produce from the fields, home made snacks and woollen products. This is also an opportunity for the sangathan to interact and connect with the wider community, especially the women.

In 2003, Malika was elected the Sarpanch of the Sarmoli-Jainti Van Pachayat (Village Forest Council). She along with the women of the sangathan initiated a process in which the community enthusiastically took up the responsibility of regulating use of their forest’s products (grass, wood and leaves), regenerating the Mesar Kund (a pond) and regular afforestation. An innovative way to link conservation to livelihoods was started in 2004 through the home stay and Guide/porter programmes (Tourism, Livelihoods and Conservation). A ground breaking achievement of her tenure was extending membership of the van panchayat to women, including single women and resident daughters, thereby recognising them as right holders. Another was the formation of a sangathan of 40 van panchayats to discuss and take up shared concerns.

Maati has vociferously supported environmentally sustainable development and has been encouraging the use of solar lanterns and organic seeds. They have also raised their voice against the large hydroelectric projects in the region that are riding roughshod over environmental and livelihood concerns. NTPC undertook a 261 MW hydro electric project by the name of Rupsiabagar-Khasiyabara on the Goriganga river that required 218 hectares of forest land and 60 hectares of private land. The sangathan in conjunction with many other groups raised serious procedural questions on land acquisition, compensation, rehabilitation and the ecological impact of the project. In July 2010, MoEF denied permission for the project to be implemented. (Opposing Destruction in the name of Development)

The dedicated membership of Maati comes from the villages of Sarmoli, Shankadura and Naya Basti. There are about 7-8 members who meet everyday, have discussions, and keep a regular record of their activities and accounts. Each person is given a well defined area for which she is responsible. The strength of the sangathan lies in the diversity of the skills that the different members bring to it. The sangathan has small groups of 10-12 women working in different fields like seed conservation, forests, woollen products, cattle etc. Maati often works under the banner of larger groups like the Uttarakhand Mahila Manch, Van Panchayat Sangathan etc. and networks closely with the Nadi Bachao Abhiyan and the Kisan Mahasabha.

In a society where women dared not move out of the house to participate in public meetings and speak their minds, Maati has succeeded in opening up a new world for them by offering them space to explore their political and creative potential, develop a deeper and wider understanding of issues and given them the confidence to take on leadership roles in the community.

Since 1994, protests of varying scales have continued against the sale of alcohol. One of the main impediments has been the reluctance of the state government to act claiming that it will greatly affect revenue collections—from 232 crores in 2000, revenue earned by the Uttarakhand government from liquor sales has gone up to 737 crores in 2011. While the government has banned the sale of home made rice beer, there has been no attempt to close down the liquor shops. The sangathan has tried holding rallies, picketing the local liquor store and holding meetings with the men in the community in order to try and bring down the consumption.

In March 2011, the situation was precipitated by an incident in which a woman was burnt by her drunk husband. Having suffered 80% burns, she was fighting for her life in the hospital, but she was forced by her in laws to give a statement saying that she was injured in a stove accident. Her father approached Maati for help. On April 1, a large rally was organised by various groups in which hundreds of women, children and a few young men participated, their common demand being the closure of the local liquor shop.

Subsequently, cases of criminal trespassing, rioting etc. have been lodged against many of the protesters including some of the women of the sangathan. There has also been a lot of false propaganda in the area initiated by local political leaders in an effort to instil fear amongst the people in the community and discourage them from associating themselves with the sangathan. While some women have chosen to distance themselves, for others this has led to a deepening of the politicization process. It has made them stronger and more determined to fight against all odds for issues that they believe in.

The community’s participation in ecological conversation will be greatly strengthened by linking it to livelihoods—this realization led to the Home Stay programme which started in 2004. Under this women who had a room to spare in their houses started hosting tourists. Initially women were apprehensive about allowing strangers to stay in their homes. When they tried it out for a few months, they found that it worked very well, and greatly enhanced the family’s earnings, the best part being that the money went directly to the woman. This experience also helped women in losing their inhibitions and interacting confidently with outsiders. Later through the Van Panchayat, they got money from the Forest department for constructing attached toilets. In 2011, around 17 households in Sarmoli, Jainti and Shankadura were participating in this community eco-tourism initiative. The fact that livelihoods depend on tourism leads people to take the responsibility of keeping their surroundings clean and green.

Opposing Destruction in the name of Development

In 2006, when news reached that as many as eight hydel power projects were being planned on the Goriganga river, the sangathan collected and built a body of knowledge on large dams and their impact on people and the environment. They gained an understanding about the planned Rupsiabagar-Khasiyabara project of NTPC and studied the EIA (Environment Impact Assessment). Then they reached out to the affected villages like Dumar, Darkot, Ucheti, Jhulapul, Patho, Lilam, Basantkot, Matkot etc. and disseminated the information. They showed footage from other places where large dams had been built. Raising crucial questions about which villages were being included in the affected category, unjust methods of land acquisition and calculation of compensation, lack of transparency, flawed EIA, and incorrect hydrology, forest and wild life data, the sangathan was involved in a long campaign against the administration. Finally in mid 2010, with the rejection of the project proposal by the Ministry of Environment and Forest (MoEF), the work on this particular dam has stopped at least for the time being. The sangathan has had to bear the brunt of the local authorities who interfered with the Van panchayat election in 2009-10 to prevent Malika from being re-elected as sarpanch. The false FIRs filed against some members of Maati in the Liquor protest are also seen as a form of retaliation.