For a majority of Indians, life is still ruled by the dictates of caste society. With whom one eats, lives and marries is determined by the caste to which one belongs. The hierarchy of purity and pollution assigns each caste a rank, and gives each individual a fixed identity at birth. Trying to break out of that assigned place invites opposition, even violence.

For centuries, the Untouchable castes were the worst oppressed by the caste system. They were condemned to live outside the village or town, confined to ‘polluting’ occupations that involved dealing with human and animal waste, coerced into serving the higher castes at all times. After Independence, untouchability and other practices of caste-based discrimination were abolished. Steps were taken to help the newly-designated Scheduled Castes gain access to education and government jobs. However, the movement towards equality has been slow. 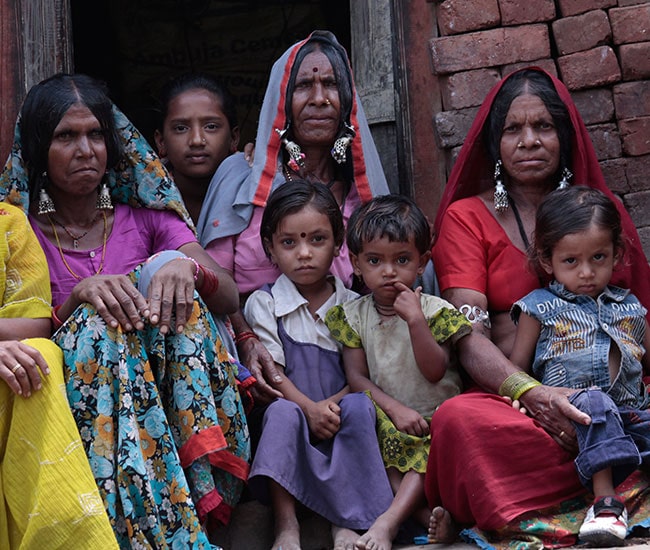 Dalit (as many Scheduled Caste persons prefer to identify themselves) activists have highlighted how caste-based oppression and discrimination still persists in rural and urban India. Most Dalits continue to be among the poorest, denied access to productive resources and social welfare services. Dalits are not allowed to use the water sources or temples that upper castes use. They are forced to walk barefoot through upper-caste neighbourhoods and must use a different set of glasses in tea stalls. Dalit women are vulnerable to sexual exploitation. Dalit children may be forced to sit apart in the classroom or when school mid-day meals are served. In cities, their caste identity may lead them to be denied housing or rejected at job interviews. Crossing the caste line by ‘talking back’ to an upper-caste person or ‘acting above one’s station’ can bring retribution in the form of arson and physical assault, including sexual violence. Marrying an upper-caste woman can lead to murder.

Despite these dangers, Dalits have courageously used the strength of their numbers to organize and collectively challenge the caste system. They have compelled other Indians to recognize that this age-old, religiously-sanctioned hierarchy is a gross violation of human rights. Activists have used Constitutional and other legal provisions, as well as electoral politics, to fight against atrocities, social discrimination and the stigma attached to Dalit identity.

Gender equality in Indian society is another area that needs active affirmation. Women at the grassroots already disadvantaged by their marginalized community status are further compromised by caste and gender hierarchies. Women and girls find themselves victims of not only violence of various kinds, but also haplessly dispossessed and voiceless. In a country where the feminine principle has been traditionally revered, it is ironic that millions of women and girls are brutally victimized – socially, physically, mentally, economically and sexually.

Activists integrate gender equality as an intrinsic part of the social action undertaken by them. The protection and empowerment of groups especially at the risk of violence and/or dispossession – adolescent girls, rural and urban women including indigenous/ethnic minority women (dalit, tribal & PTGs), migrant women workers, domestic workers and victims of trafficking and displacement – across India is prioritised.

SRUTI supports these struggles and sees them as integral to the work of its Fellows.

Chittorgarh district lies in the south eastern part of Rajasthan and has a population of over 18 lak...

hiri is a village of 150 households located in Manohar Thana block, Jhalawar district in south-east ...

Maati started as a small group of women who came together in the mid 1990s to protest against rampan...

The East and West Singhbhum districts of Jharkhand have a sizeable tribal population with Santhal, H...

Dhenkanal and its adjoining districts were under feudal rule before independence. This region is ric...

Dhenkanal is one of the centrally positioned districts of Odisha and is surrounded by Keonjhar, Jajp...

Raigad district has a total population of 22 lakhs out of which 76% stay in rural areas. The distric...

ill the early 1990s the Marathwada region of Maharashtra was witness to several cases of atrocities ...

Located in North Central Bihar, Khagaria is one of the most deprived districts in the state of Bihar...