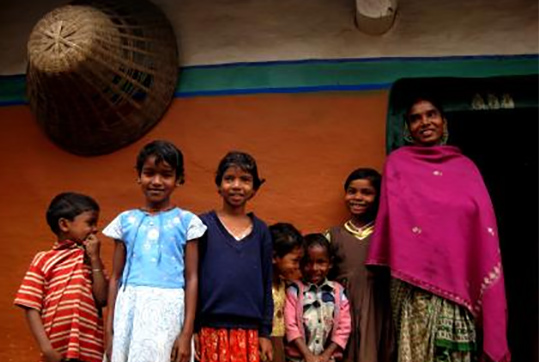 SRUTI Fellow group Visthapit Mukti Vahini’s (VMV’s) 25 year old struggle to achieve rehabilitation of 12,000 families displaced by the Chandil Dam in Jharkhand has seen yet another success. This time in the form of a 250% increase in the compensation package for 1200 families that were not adequately compensated. The package has now been revised to Rs.6,57,000/- per family, from the previously mandated amount of Rs.1,89,000/-. The 2012 rehabilitation law has also provided for Rs.75,000-Rs.1,00,000/- for training and Rs.2,00,000/- for diploma education for educated youth in the families.

In 2010, VMV had managed to stop the submergence of 52 villages by stalling a proposed 5m increase in the dam height.

Beginning in 1987, Visthapit Mukti Vahini has been struggling for adequate compensation for the displaced as well as their right to a life of dignity. In the initial stages of land acquisition for the project, the displaced were offered Rs.4500 per plot of land and Rs.750 for shifting expenses.

VMV sought land for land, house for house, priority to employment, and independent family status to every member over 18 years in the rehabilitation law proposed by the sangathan. In December 1990, a rehabilitation law was announced where several of these demands were incorporated. A package of Rs. 52,250 was announced and more than 1700 people were given employment in the project. Apart from this, hundreds of displaced were employed in the district administration and mining sector. In 2003, the package per family was increased to Rs.1,89,000/-.

VMV has continued to push for increase in the rehabilitation package amount every year, based on relevant indices. After years of effort, in 2012, it has been raised to Rs.6,57,000/- per family. This has been a big victory for the effort. However, despite this positive step from the government, the disparity in package is unfair to those who accepted the 2003 package for Rs.1,89,000/-, as recently as two months or one year prior to the increased amount. While 1200 families are now more satisfied with their package the remaining displaced families of Chandil are trapped in this unjust situation of having let go of their life’s resources for minimal compensation.

Justified as inevitable, and necessary for development, more than 12,000 families were forcibly displaced for the Chandil dam. Now only 1200 families have received this increased rehab package whereas all 12,000 have been equally affected.The sangathan and community are now campaigning for a retrospective gratitude package for the remaining families who were earlier paid less compensation.

The other long-term success of VMV’s efforts has been to initiate several livelihood opportunities based in and around the Chandil Dam reservoir for local families. From struggling for the rights of the displaced, VMV has positively integrated government mechanisms to provide real opportunity and access to resources for the displaced families. The sangathan’s proposal for lift irrigation and deep boring along the slopes of the reservoir were both accepted by the Chief Minister. Once hopelessly alienated from their land and water, the local people here are now building a hopeful and self-reliant future for themselves through VMV’s initiatives to positively engage with government mechanisms. Cage culture, fish and geese cultivation, livestock breeding, horticulture / fruit trees plantation (sitaphal, maandaal, amla, etc.), lacquer/shellac agriculture, and development of tourism through boating have created robust and sustainable livelihood opportunities for many. Apart from asserting for the provision for monetary support for technical training and diploma education for displaced youth in ther 2012 rehabilitation package, VMV also insists on special attention to educating children by monitoring enrollment in schools and utilization of village libraries.