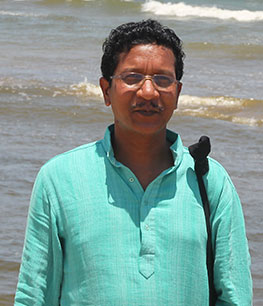 Jerome is also the Convener of Jharkhand Indigenous Peoples Forum and a core member of the Jharkhand Human Rights Movement. He is currently the Secretary of Kendriya Jansangharsh Samiti (KJSS), a people’s oversight organization formed to look after the affairs of the region. The striking and most unique feature of KJSS is that there is no leadership of one person but the leadership of the community. Duties assigned with office bearers revolve, and a post is held for only particular periods of time depending on their own skills, ability to devote time and interest. Few major programs, annually or bi-annually, are organised on a mass scale – to remember the active days of the movements and continue mobilisations along the lines of preserving natural resources. KJSS has extended its reach recently and they are the villages which come under bauxite mining and villages that fall under core area of Palamu Tiger Reserve. Jerome has become a key person to mobilize people and build networks to address the existing issues.